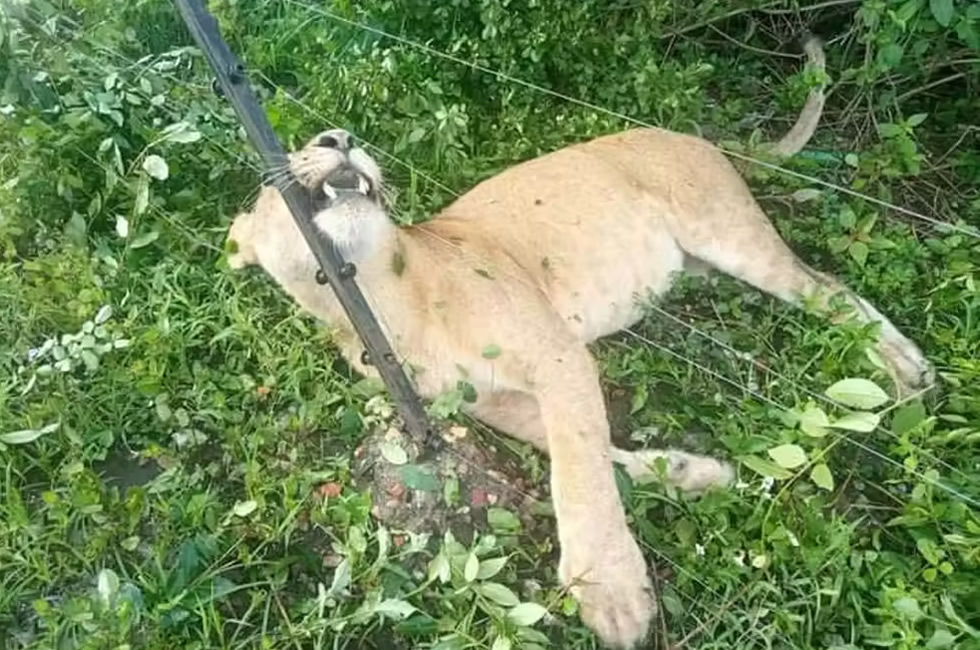 Three lions have been reported to have been killed by electricity in the Queen Elizabeth National Park. This incident happened on April 25th 2022. Three lionesses were killed by the electric fence enclosed on Irunga safari lodge  and this has left conservationists in disarray as they are struggling to boost their population back. Lions are some of the threatened animals in Queen Elizabeth National Park. Reports indicate that lion populations have declined from 600 to 400 species according to the national census of lions.

This is not the first time lions to be killed at Queen Elizabeth national park. Early last year, six lions were found dead at the Ishasha sector after being poisoned by the poachers as stated by the board of Uganda Wildlife Authority (UWA). This happened following the eight vultures found dead after feeding on lion relics which points out to be poison.

Following that occurrence, last month, residents of Kobushera and Rwabaragi villages, in Kagadi district near the Murchison Falls National Park killed a stray lion and its meat was commissioned. The lion stormed the villages close to the park injuring several people. Unfortunately, during the rescue mission by UWA and the Uganda People’s Defence Forces, the lion was shot dead by a UPDF soldier.

The Uganda Wildlife Authority (UWA) last year reported that poaching cases have increased during the lock down period which was put up as a way to overcome the spread of Covid-19. But ever since it was set up, a lot of poaching cases increased. This left a big blow to the tourism industry in a short period of time.

The latest incident of electrocuted lions brings the total number of lions known that have been killed to four (4) this year. Last year, a total of nine lions were killed in Queen Elizabeth national park including the six lions which were poisoned.

According to reports from different conservation agencies, there are reports that more than 21 lions have been killed by humans in the conservation area of Queen Elizabeth national park over the last four years. The lions’ decrease formed as a result of conflicts with pastoralists over the lion marauding livestock and human being injuries. Loss of habitat, climate changes, and trafficking of lion parts are also part of the decline in numbers.

However, UWA has to ensure that all fences within the Uganda national parks are up to standard and supervised thoroughly. In addition to that, there is also a need for environmental impact assessment studies to be emphasized for these kinds of developments in the park. On the other hand, UWA will need to fabricate fences in all hive areas to protect dangerous animals from unleashing danger to the community.

The popular Queen Elizabeth national park is situated in the western part of Uganda between Lakes Gorge and Albert which are bridged by the Kazinga Channel. It comprises Rubirizi, Rukungiri, Kasese, and Kamwenge districts.

The Queen Elizabeth National Park is one of the largest and most visited in Uganda covering an area of 700sq.miles and connecting the Democratic Republic of Congo to the west. The areas are covered with thickets, rain forest, and savannah grassland. The park’s wildlife includes 95 species of mammals including chimpanzees, elephants, hippopotamuses, water buffaloes, and several types of antelopes, such as duiker, topi, and reedbucks. It inhabits over 20 carnivores such as Leopards, Lions, spotted hyenas, side-striped jackals, and others.

Lions are listed as “vulnerable” on the “red list” of threatened species of recent by the International Union of Conservation of Nature. The two populations of these unique lions in Queen Elizabeth national park can be explored and trucked in the southern Ishasha sector commonly seen in the acacia and fig tree branches.