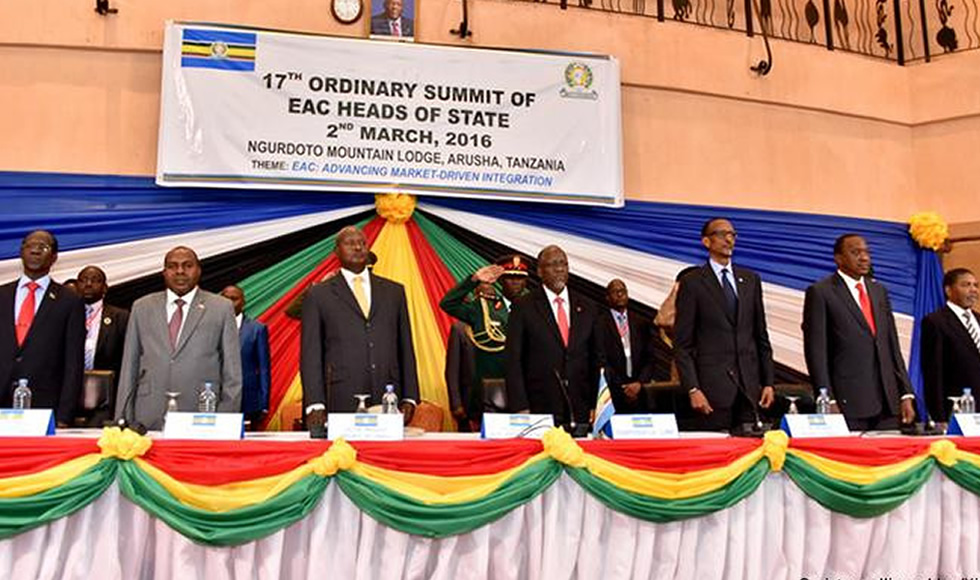 South Sudan has been admitted as the 6th Country in EAC today thereby increasing the East African Community market to 162 million people, according to the EAC publicist Mr. Richard Owora.

He confirmed to The East African Review that South Sudan was admitted at the 17th Ordinary Summit of the EAC Heads of State held at Ngurdoto Mountain Lodge, South of Arusha, Tanzania.

He explained that the treaty establishing the EAC says that new members are admitted if they respect the principles of democracy, rule of law, accountability, transparency and social justice.

The treaty also says the countries must, besides being geographically near any of the existing members, practice “equal opportunities, gender equality as well as the recognise, promote and protect rights in accordance with the provisions of the African Charter on Human and Peoples’ Rights.”

South Sudan applied to join the EAC soon after it gained independence in July 2011.

However, after negotiations, EAC summit of heads in Kampala recommended that Juba’s application be speeded up for a possible admission before the end of 2014.

However, this never happened because the country plunged into a brutal civil war.

But the process resumed last year even as the UN, Amnesty International and Human Rights Watch accused the government and rebels of committing war crimes.

The summit also appointed Mr Liberat Mfumukeko from Burundi as the new Secretary General (S.G) effective next month. He has been the deputy secretary general of EAC in charge of Finance and administration.