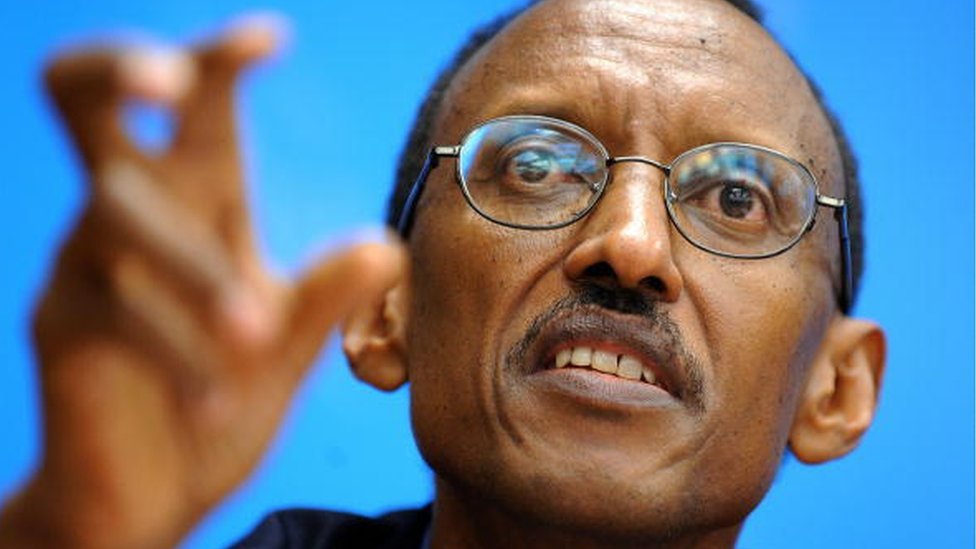 Ahead of the August 2010 presidential elections, the visibility of various candidates and their agendas will of course depend to a large extent on accessibility to the media. President Paul Kagame seems ready to take up another seven-year term and all indications are that he will get a resounding win. But the question of whether the other candidates will get any visibility at all can be answered by looking at who really owns the Rwandan media.
There are more than 60 registered print and broadcast media houses but less than 20 of these are active. A close analysis indicates that almost all are either owned by the ruling Rwanda Patriotic Front (RPF) or are godfathered by very top spy chiefs. That gives Kagame a clear lead in the publicity contest.

With much zeal to actively participate in the reconstruction of the country, some people, not necessarily media professionals, quickly joined the media industry which was and still is small.  The country had been so much accustomed to the sole ownership of the media by government that when private investors entered the industry they did not win public trust. Until now, when a new media outlet opens, some of the common questions asked include: who owns that? Is it government funded? Where did those people, or person, get the money to start up?

The country has seen media outlets opening and failing to operate soon after. Others stayed alive for a few months and then died away slowly. But there have been some remarkable ones that survive on government advertisements and information. Their content is very wanting; they look more like supplements than rigorously gathered and packaged news. When they are not praising Kagame, they are bashing the opposition with so much vitriol that it is often suspected the write-ups are penned by top RPF cadres using pseudonyms.

Rwanda has only one English language daily, The New Times, which is fully owned the ruling RPF. On its board sit senior RPF cadres and close aides of President Kagame. The chairman of The New Times is Rwanda’s spy chief, LT Col. Emmanuel Ndahiro, the Executive Secretary of National Security Services. Ndahiro was among founders of the government mouthpiece and is widely said to be the invisible strong force behind Rwanda’s political scene as is very close to the President. He runs the affairs of The New Times like his office and hand picks the top management.
The other relatively vibrant media houses whose ownership generates much talk are the Rwanda Dispatch, the only monthly English language newsmagazine and Rwanda Focus, an English language weekly. They seem to enjoy good business and reaping highly from an industry where other private media outlets have either been closed by the government or squeezed out by bad business. Some media outlets that are very critical of the regime have been branded “negative media” and been denied advertising by the government.

Rwanda Dispatch is owned by Shem Katende Luyombya, a former chief designer at The New Times. According to sources, when Katende’s magazine first appeared on the scene last year, it was briefly closed by security agencies who demanded clarification about its ownership. But the publication was later allowed to operate, with alleged assistance of Ignatius Kabagambe who connected Katende to the powers-that-be. He has since moved steadily without a hitch in getting government business.

In an interview with ET, the youthful publisher and designer denied any close partnership with the government or RPF top guns.
The speculation, as is the case with other pro-government media outlets, arises from the Dispatch’s content which appears to be in support of government programs and good business the monthly does with government institutions. Other private print media like Umuseso and Umuvugizi don’t get such business.

Katende contends that Rwanda Dispatch is basically a sole proprietorship, with the partnership another businessman who owns only five percent of the publication.

Katende is however not shy to admit that his publication promotes government programs and Vision 2020. The Dispatch, he says, has won government favour in terms of doing business first of all because as a businessman he aims at profit maximization.

He attributed his success to a good business strategy and high quality work which attracts both the public and private sectors. He wishes he had a working relationship with the big shots in the ruling party who he claims do not even know him.

“Mine is a sole proprietorship that has grown out of good skills, business strategies and nothing like funding from any source. I wish to state clearly that I do not have any working relationship with government or the ruling party. The only partner I have owns only five percent and is a man in real estate business,” he says.

Suspicion about who really owns Dispatch has been going on for some time, but the paper raised eyebrows when it did a special issue on the country’s liberation struggle. The issue carried interviews with senior army generals from the Chief of Staff, the minister to lower ranking officers who knew something about the 1990 RPF struggle.

But Katende sees no problem with the coverage, saying it did not require any special working relationship with the army. “When the army decided to take foreign journalists through the traces of the struggle because they wanted to provide the world with the facts about their armed struggle, we were one of the few local media that showed interest and they took me on their tour,’” he explains. He says the generals are press friendly and did not find any problem scheduling interviews.

But Katende does not reveal how much capital he started his business with, insisting that human capital was the most important in his business. “Doing business does not require money first but strategies and that is what we have done. We emphasize quality work. With good skills in marketing, writing and production, we have managed to stay on the market,” he says.
And Katende has huge plans for what he calls “gigantic expansion”. He intends to make the monthly news magazine a daily, set up a TV station and a nationwide radio station. he revealed he will partner with a South African telecom company called Ubuntu. The project will cost over US$4 million. He also plans to float Dispatch shares at the stock markets.

He believes Rwanda is the best country to do business in because every sector has great opportunities and the government is injecting money into the private sector to make it the source of jobs for young people. The country also enjoys political stability. The media man does not have kind words for media owners who cry foul over government policies. Rwanda enjoys good media freedom, according to him.
“What do you people call press freedom? Is it the right to abuse others or the right to express your opinion and access information without hindrance? I have not experienced anyone stopping me from getting either news or business. I go out and negotiate my way through without any problems,” Katende says.

But sources tell ET that Rwanda Dispatch has been wholly bought by the RPF and its content is closely monitored by State House. With presidential elections scheduled for later this year, anything is possible and Kagame and the ruling party will do anything to get all positive media attention to counter the acidic reportage of tabloids like Umuseso and Umuvugizi or international media like BBC and VOA.
While Katende is fighting of allegations of going to bed with the government, Shyaka Kanuma of Rwanda Focus weekly also sounds unhappy that observers associate him with chief spy Emmanuel Ndahiro.

He insists his is also one man’s business that he has sweated out to sustain. “Some of us eat where we work. I have people whose adverts I ran and got to to get money. I have to look for more adverts and have no time doing other things outside that schedule,” Kanuma told ET.
He wondered where people got information of his alleged partnership with the chief spy, insisting that the few partners he has have been there since he began the paper in 2006. He, however, could not disclose them.

Sometime in 2008 Rwanda Focus faced financial constraints that pushed it to the verge of collapse. Reporters were cursing and the publication had become irregular. Suddenly the paper sprung up to its feet. Kanuma got new and well-furnished offices, increased his workers’ salaries and greatly improved the quality of the paper, leaving people wondering where he got the money.

Sources say that when Kanuma saw things were getting out of hand, he decided to sell majority shares of his paper to the board chairman of The New Times Emmanuel Ndahiro. The contract was allegedly signed by Ignatius Kabagambe, then acting managing director of the New Times, on behalf of Ndahiro. According to sources, Ndahiro owns about 80 percent of the Focus Publication. But Kanuma denies all this as baseless rumour.
What seems, however, clear is the fact that no one will know the truth about the real ownership of Rwandan media as those running them are quick to disassociate themselves from their suspected high-up partners.

Another media house whose ownership is closely associated with RPF is Contact FM, a radio station said to be owned by one Albert Rudatsimburwa. He is said to own the station with the First Lady’s brother. In fact, President Kagame is a regular visitor to the vibrant radio station, yet he has never been hosted by any other local station save for the state radio. It’s the only local station that has a hot political talk show every Sunday called “The Crossfire” with panelists such as Kanuma and Arthur Asiimwe of The New Times.

Rwanda News Agency, the national news service, is also said to be owned by the ruling RPF and its board is chaired by Ndahiro who monitors its content on a daily basis. “Yes it’s true that we are owned 100 percent by the system and Ndahiro is in charge,” a source said, pointing out, however, that the agency is currently facing challenges of trying to balance its independent content with the demands of the ruling party. Ndahiro is said to be unhappy with the agency’s reporting which is according to him is liberal instead of advancing RPF interests.
“At first we wanted to stand out as an independent media house that is professional and not like the New Times. But this seems not to be working as we are receiving lots of pressure from the owners who want us to sing the RPF song. Though we are owned by the system, some of us find this very difficult as it compromises our professional ethics,” the source, pleading for anonymity, added.

With almost full ownership or support of the country’s main media houses, Kagame will no doubt have much more visibility than any other presidential candidate during the campaigns, meaning he is already in a comfortable lead before any single vote is cast. It seems whoever owns the media will own Election Day s well.