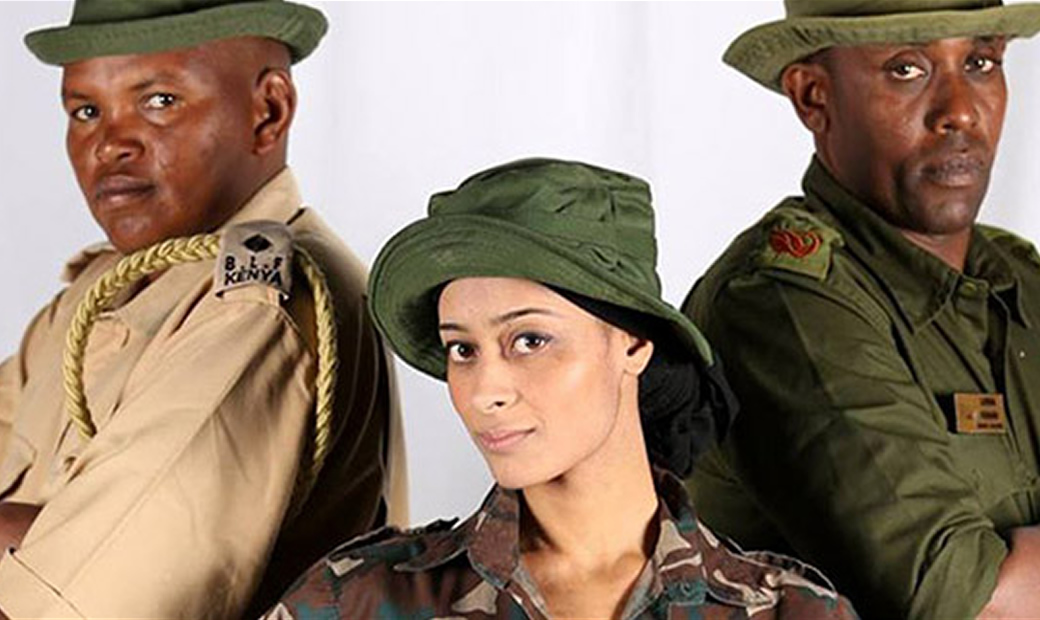 NAIROBI, Kenya – Africa is losing wildlife at an unprecedented rate.  As per the latest government figures, Kenya lost over 1,000 elephants in 2012, whilst Tanzanian official figures stood at a shocking 10,000.

Lions were not spared either; with an estimated loss of over 120 lions in Tanzania to poisoning alone and over 50 lions lost in Kenya (last year) through various causes. With a total estimated population of less than 1,800 lions remaining in the region, there is huge cause for concern over the survival of the ‘King of the Jungle’.

In South Africa, the war on poaching is no different. At least 277 rhino have been poached this year alone and these staggering figures will not drop without increased, global and local awareness and immediate action.

“Our wildlife is officially on the edge of extinction. We can no longer afford to allow this scale of slaughter to continue as we go about our daily lives. If we do, we will have failed to protect our natural inheritance for generations to come; robbed it of vital resources and left a blank future devoid of natural splendor.” Says Raabia Hawa, founder of the ‘Walk With Rangers’ initiative.

The walk aims to reverse this trend by raising awareness and funds; for critical projects such as education on conservation, and wildlife projects in both Kenya and Tanzania.

On this Walk for Wildlife, Moses Sinkoi, Officer-in- Command of the Olgulului Group Ranch Rangers (under Big Life Foundation), will join Raabia Hawa (an honorary KWS Ranger). She will also be joined by Ijema Funan, a community scout from ‘Wildlife Works’, who was shot by poachers whilst leading an operation in Tsavo Conservation Area in January 2012.  “Ijema is an inspiration to so many of us. He suffered in the worst possible scenario, whilst pursuing poachers in the line of duty. But he was undeterred and having healed, he has rejoined comrades on the frontline against poaching. He is testament to the commitment and dedication of rangers around the world, who endure so much for the sake of the greater good of this planet,” says Raabia.

Together, these three game rangers will lead the iconic trek, which has attracted participants from around the world, including the United Kingdom, Algeria, Italy, Australia, Ireland, South Africa and the United States.

Speaking about this massive initiative for conservation, Operations Director of Big Life Foundation anti poaching program, Richard Bonham adds, “Game rangers are the unsung heroes in the fight to save wildlife. Big Life sees the role of community game rangers in conservation going forward, as it becomes more and more vital.  Raabia’s initiative is a great platform, not only to draw attention to the plight Kenya & Tanzania’s wildlife is facing, but also to draw attention to the challenges these rangers face on a daily basis.”

Richard’s Tanzanian counterpart, Damian Bell, views the coming year as vital in doing everything possible to try and turn the tide against the wildlife poaching onslaught.  “We are running out of time, and need to work as one with a cross-section of partners around the world to address the illicit wildlife trade at all its complex levels. But it starts here with rangers on the ground in East Africa,” says Damian, who runs both Big Life Tanzania and its partnering organization, Honeyguide Foundation.

This sponsored walk begins on the 12th of June in Arusha, Tanzania and is set to finish with a symbolic walk into Nairobi city (in Kenya) on the 28th June 2014.

About Walk With Rangers

The walk is aimed not only at raising awareness on the challenges faced by wildlife rangers, but also as a fundraising initiative to support these teams, by establishing a critical project in each one of the two countries involved (Kenya and Tanzania).

While establishing short-term and immediate solutions for wildlife; Walk With Rangers firmly believes that those on the frontline protecting wildlife, are key to the survival of these endangered species. In noting so, we have made it a priority to ensure that as many rangers and community scouts are sufficiently supported, to boost their commitment to conservation efforts.

Walk With Rangers has as a result, initiated a long-term assembly project, pooling and supplying vital gear and resources to rangers and community scouts – predominantly in remote and largely isolated areas. It is vital we recognize the daily threat these rangers and scouts face, paired with harsh living conditions. They often have minimal access to basic necessities such as clean drinking water, which we so easily take for granted. Very often, scouts and rangers are underpaid and ill equipped, which impairs their work and threatens their safety in the field. Walk With Rangers is slowly but surely changing this by empowering these brave and dedicated men with better equipment.