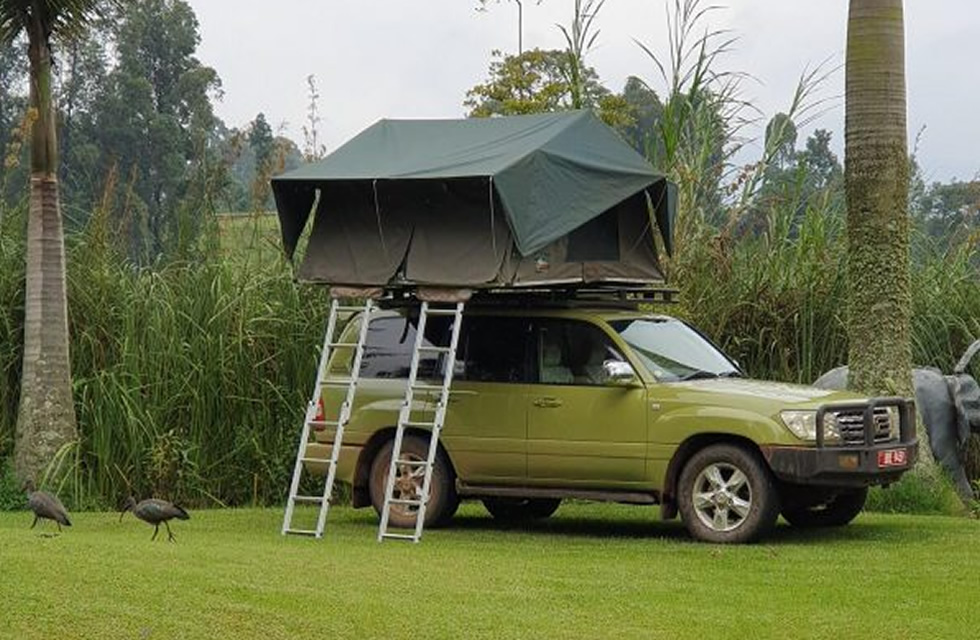 Explore the Eastern sub region of the African continent during your self-drive exercise and have one of the life time thrilling experiences. The term East Africa is used to refer to the area comprising of the three countries – Uganda, Tanzania and the Magical Kenya. The East African countries are renowned for their concentration of wide range of wildlife including the big five – the buffalo, lion, elephant, leopard and a rhino.

The region is also a home to the 4 of the 5 fastest land animals; the wildebeests, lion, cheetah and the Thomson’s gazelle. Beside the wildlife species, the region encompasses a number of rare species like the rare tree climbing lions in Serengeti national park, and Queen Elizabeth national park, the mountain gorillas in Bwindi Impenetrable national park and Mgahinga gorilla national park in Uganda, the great migration in Serengeti of Tanzania and Masai Mara of Kenya.

The self-drive East Africa safari takes you to an adventurous trip to Kenya, Tanzania, Uganda, South Sudan and Democratic Republic of Congo. In these countries, make your safari memorable by travelling to destinations like;

Self-drive in the magical Kenya

With a coastline on the Indian Ocean, Kenya is among the countries in the Eastern sub region of the African continent. Covering an area of approximately 580,367 square kilometers, Kenya stands as the 48th largest country in the world. Its capital and largest city is Nairobi and its oldest and second largest city is the coastal city of Mombasa. Other important cities in the country are Kisumu, Nakuru and Eldoret. The country features a number of attractions including its savannah, the Great Rift Valley, lakes and mountain highlands. It is also a home to a number of wildlife species like the lions, rhinos, elephants, wildebeests, zebras, and others in different safari destinations like Tsavo national park which is famous for the man eaters, Aberdare national park, Lake Nakuru national park famous for the flamingos, Mount Kenya national park, Nairobi national park, Masai Mara national reserve and Amboseli national park which provides splendid views of the Africa’s highest mountain- Kilimanjaro.

Self-drive in the Republic of Tanzania

Within the African Great Lakes region, the Republic of Tanzania is among the countries in the Eastern sub region of Africa. It borders countries like Uganda to the north, Kenya to the northeast, Comoro Islands and the Indian Ocean to the east, Mozambique and Malawi to the south, Zambia to the southwest and then Rwanda, Burundi and Democratic Republic of Congo to the west. With an area of approximately 947,303 square kilometers, the country encompasses variety of attractions including the Africa’s highest mountain, Kilimanjaro. It is also known for hosting wide range of wildlife species lions, elephants, leopards, rhinos, buffalos and many others. These attractions can be seen in several destinations like Kilimanjaro national park, Serengeti national park, Arusha national park, Tarangire national park, Masai Mara national park, Ngorongoro conservation Area and many others. Have some relaxation at the beautiful islands of the country like Zanzibar, Mafia and the marine parks which host whale sharks and the coral reefs.

Self-Drive experience in the Pearl of Africa- Uganda

Referred to as the Pearl of Africa, Uganda is another country of Eastern region of Africa bordering Kenya to the East, South Sudan to the North, Democratic Republic of Congo to the West, Tanzania to the South and Rwanda to the southwest. In its southern part, the country includes a portion of the second largest fresh water lake – Lake Victoria shared with Kenya and Tanzania. This landlocked country encompasses a range of attractions including the snow-capped Rwenzori Mountains, abundant wildlife like lions, elephants, leopards, rhinos, waterbucks, and many others. The country is also a sanctuary to almost half of the world’s mountain gorillas in Bwindi Impenetrable national park and Mgahinga gorilla national park. In the northwest, explore the mighty waterfalls at Murchison falls national park and then move to the western region of the country to watch the playful chimpanzees in Kibale National park. In Queen Elizabeth national park, you will find the rare tree climbing lions and enjoy a stress free life on a boat cruise at Kazinga channel. Self-drive experience in Uganda will surely be a life time story to tell since it gives you a chance to watch the rare golden monkeys in Mgahinga national park

Officially known as the Republic of Rwanda, Rwanda is a landlocked country situated in the Great Rift Valley of Central Africa where the African Great lakes region and East Africa intersect. It is bordered by Uganda, Tanzania, Democratic of Congo and Burundi. The country is referred to as a ‘’land of thousand hills’’ since its geography is dominated by a number of mountains in the west. With an area of approximately 26,338 square kilometers, the country encompasses a number of attractions like mountain gorillas, mountains, vegetation and wildlife in different safari destinations such as Volcanoes National park, Nyungwe forest national park, Akagera national park, and various forest reserves.

Self-derive safari in the East African region is one of the greatest experiences to encounter since you will fancy your eyes with a wide range of attractions like wildlife, waterfalls, primate species, mountains, lakes, rivers and many others. For a safe and comfortable travel, hire 4×4 safari vehicles which are strong enough to encounter any terrains in the region.

Benefits of Renting a Car in East Africa