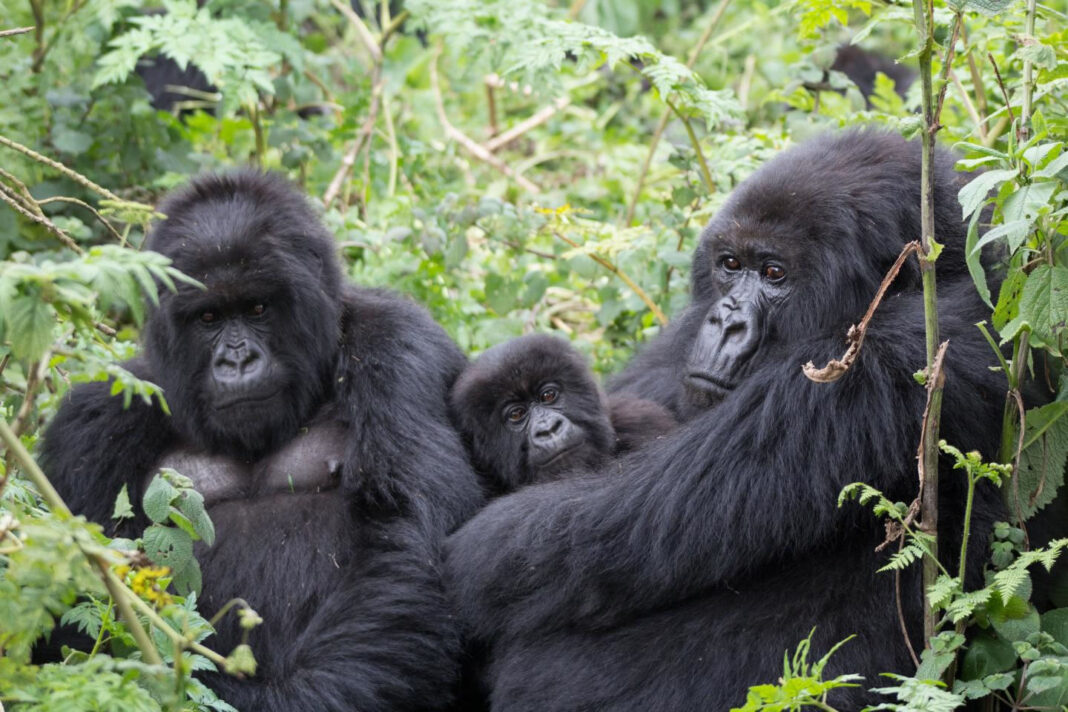 Gorilla trekking is among those African safaris that may not popularly identify with Africa. Outside the common African safari norm of watching wildlife in an open roof safari car, gorilla trekking is generally a hiking trip. The only thing that makes it stand out from most of the hiking trips is the fact that you hike with an aim of meeting gorillas in their natural habitat.

On the African continent, gorillas are found in East, west and central Africa. Therefore, for anyone considering a gorilla safari, they will have a list of choices to consider. In order to narrow down your list, you will simply have to choose among the following countries; Uganda, Rwanda, Democratic republic of Congo, Cameroon, Equatorial Guinea, Gabon, Nigeria ,Central African Republic, and Congo.

However, the above list of countries still seems too long for you to make a choice. For that matter, we bring you the best five gorilla trekking destinations in Africa;

Uganda boasts of hosting more mountain gorillas than any other park in Uganda and Rwanda. This is attributed to that fact that it is the only country in the whole world where you can find two national parks that protect mountain gorillas.

Mgahinga Gorilla National Park is one of those places that tourists miss while on safari in Uganda. This is largely due to former reports of continuous migration of the gorillas to Rwanda and Democratic Republic of Congo.

The Democratic Republic of Congo (DRC) has continuously suffered a security related set back. Though it offers some of the cheapest permits to see mountain gorillas, it has remained in the shadows of Uganda and Rwanda largely due to security threats.