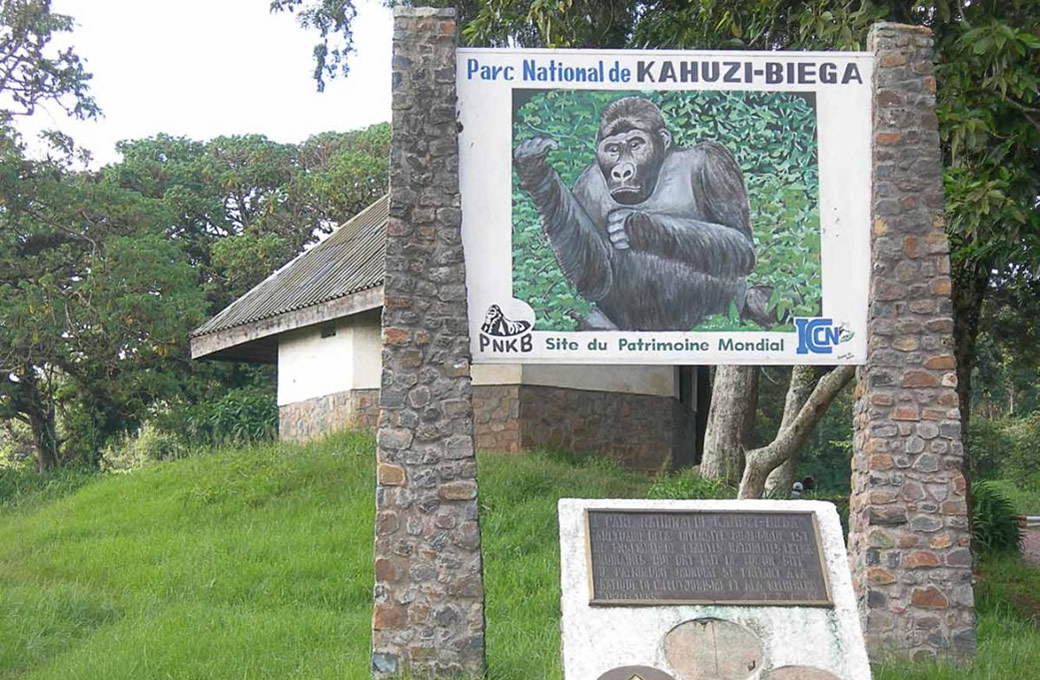 Would you like to experience something different this summer? Why not travel to Eastern Congo and meet the Eastern lowland gorillas? Also known as the Grauer’s gorillas, the plight of these great apes has not been well disseminated globally.

It is estimated that about 4000 eastern lowland gorillas remain in the whole world. This is sad given that in the mid 1990s, the population of these great apes was reported to be about 17,000 individuals.

The eastern lowland gorillas are found in the mountainous-forested regions of the Democratic Republic of Congo and are protected in two national parks; the Kahuzi Biega National Park and Maiko National Park.

They are the largest sub species of the Eastern gorilla and in terms of size, they are the largest of all gorillas. Little has been done to protect these apes from extinction. They posess lots of threats and the most serious threat to the their existence is that they live in the mineral rich region of Eastern Congo.

They are distinguished from other gorillas by their stocky body, large hands, short hair, short teeth and short muzzle. Meeting these gentle giants in their natural world is an experience that tourists have classified as “once in a lifetime” and it qualifies to be the best wildlife safari experience you can ever have on the African continent. Unlike their counterparts; the mountain gorillas, the Eastern lowland gorilla has been less visited and there are few safari companies offering gorilla treks to Kahuzi Biega National Park, the only area where gorilla visits are permitted.

Despite their size, eastern lowland gorillas feed mainly on leaves and other plants but rarely feed on fruits. The male adult gorilla can weigh up to 272 kilograms but females weigh quite less. Like other species, feeding is done in the early morning after then, they rest in the afternoon and in the early evening as they head to the sleeping site.

When it comes to behaviors, the eastern lowland gorillas live in families ranging from 2-30 individuals. Each family is headed by one silver back that plans and defends for the entire group from any attack as well as females in the family nurse the young ones. The reproductive cycle in the eastern lowland gorilla is quite slow just like other gorilla species. The silver back is the one to mate with all the female adults in the entire family. Each female gives birth to one baby gorilla in about every four years and the baby keeps with the mum for at least 3 to 4 years after which they start moving alone.

Due to increased human activities over the past 50 years, their range has rapidly decreased to 3800 individuals as for 2016 census. This indicates that the rare species are highly endangered, and are at the high risk of extinction. Such a decrease qualifies the gorilla species to be categorized as the critically endangered species and put under the care of the international union conservation of nature (IUCN).

The decrease in the eastern low land gorillas has been due to several factors, which include poaching. This is done by the armed people who fled to seek refuge in the national park due to the civil wars in the democratic republic of Congo. Also local people who entirely depend on the forest for livelihood hunt down the specie for meat and selling.

On top of all, years of civil unrest in the Eastern part of the country have also taken a serious suffering on the gorillas. Throughout the protracted conflicts, gorillas have been vulnerable to poaching. Even Kahuzi-Biega National Park, which is home to the largest population of protected eastern lowland gorillas, could not offer them a safe place. Rebels and poachers invaded the park and people set up illegal mines.

Why Visit the Eastern Lowland Gorillas

There is need for governments, nongovernmental organizations, park managers, local people and travelers to care for the species so as to ensure sustainability. Kahuzi Biega National Park is managed by the ICCN, a Congolese governmental authority that manages all national parks in Congo.

You can help save the eastern lowland gorillas by visiting these great apes in the Kahuzi Biega National Park. Gorilla permits cost US$400 per person and the permit gives you a one hour experience with the apes in their natural wild. There are 6 gorilla families that have been habituated for lowland gorilla tracking.

The revenue generated from the gorilla visits has been used to protect these apes. The funds raised are used by the ICCN to patrol and manage the parks where these gorillas live.

Part of the revenues collected is also shared with the local communities that live near the parks. This has made the locals appreciate the conservation efforts and today they are part of the team that protects these great apes.

It is also important to book your gorilla safari with a local agency so that your visit can benefit the locals. You can also plan your next trip with a responsible tour operator who embraces ecotourism.

Pin it not on Africa

admin
Dar es Salaam, Tanzania — Tanzania's president on Saturday approved a nearly 25% increase in the minimum wage, marking a departure from the policies of...

admin
Gorilla tourism in Democratic Republic of Congo takes place in Virunga National Park home to over 250 habituated mountain gorillas and is the Congo...

7 Safety Tips For Driving In Uganda

admin
7 tips for driving in Uganda: Driving in a new destination like Uganda can be exciting but comes with its own challenges. Uganda is...

admin
DAR ES SALAAM - The East African Community (EAC) finance and trade ministers on Thursday adopted 35 percent as the 4th band of the...

admin
Highlights of the fourth quarter GDP (October to December) by the National Bureau of Statistics (NBS) shows there is notable economic growth for the...
Newspaper WordPress Theme is your news, entertainment, music fashion website. We provide you with the latest breaking news and videos straight from the entertainment industry.
Contact us: contact@newsweek.info