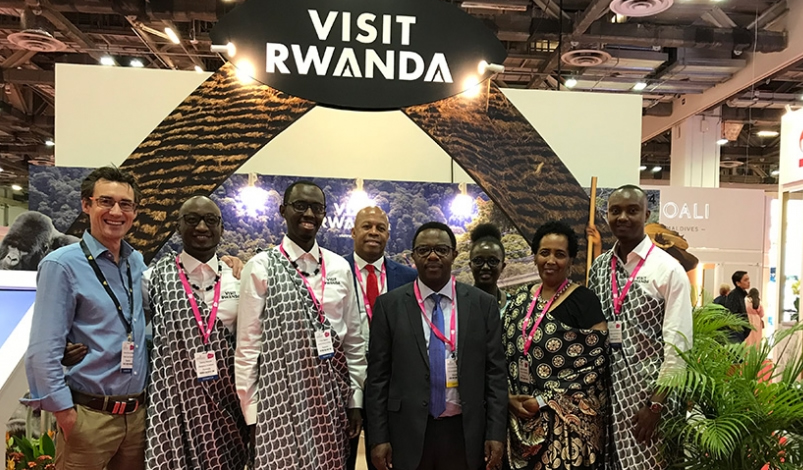 Tourism is one of the major economic sectors in Rwanda. Major tourist attractions in Rwanda include the Mountain Gorillas, Chimpanzees, Golden monkeys, Virunga Mountains, Lake Kivu and the tropical forest of Nyungwe.

Rwanda tourism has led to creation of jobs to people. Some people are working in the parks as ranger guide, Tour guides, drivers, Security guard, others are working in Hotels and Lodges like Virunga Lodge, Sabyinyo Silver back lodge, Mountain gorilla View Lodge, Le Bambou Gorilla Lodge, Kinigi Guest House, Muhabura Hotel among others.

Tourism has supplemented other economic activities like Agriculture, mining, lumbering, Agro forestry and so on. Today the tourism sector is the leading foreign exchange earner and a priority sector for the government.

Rwanda Tourism has facilitated the development of social infrastructures like roads, health centers, and schools among others. Such are developed from the profits obtained from tourism.

Tourism has facilitated the preservation of wildlife. Wild animals and plants are reserved after the realization of their importance. Every year, tourists visit Rwanda and celebrate with the locals the new births of the gorillas in the Volcanoes National Park. This event is called Kwita Izina and it is held every September.

It has facilitated people earning – some people earn a living from tourism especially those employed in the sector.  Rangers, guides, guards and so on depend on tourism sector.

Tourism in Rwanda has facilitated research- some tourists come for field study. Experts are also employed to find ways of protecting wildlife.

It has created market to the products produced in Rwanda.  Rwanda Tourists buy crafts, food, drinks among others.

It has led to the growth and development of Agricultural sector since all tourists eat while on their trips.

Tourism sector has made Rwanda famous worldwide. In other words, it as marketed Rwanda internationally- this is because of the large number of tourists who visit Rwanda for Gorilla trekking.

Creation of friendship – some people in Rwanda have befriended tourist while on their safaris. As tourists visit local community, the people get a chance to interact with the tourists and in the process, friendship is created.

Tourism has promoted education- students on field work are allowed to enter the park for studies.

Tourism sector has promoted culture – some museums are set up to keep the traditional equipment, hunting equipment among others.

Tourism has led to the development of once remote areas.  Areas of Nyungwe, Akagera and Musanze have developed because of tourist destination in those ends.