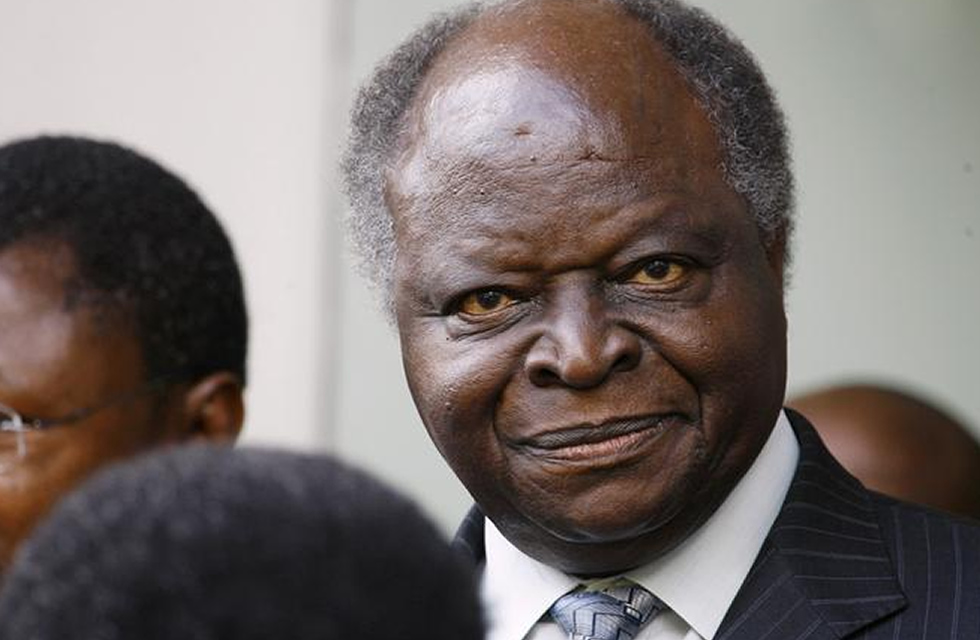 Premier Ugandan University will establish a Library in honour of the retired Kenyan leader as he calls for intellectuals to contribute to EAC integration A SPECIAL CORRESPONDENT reports.

Uganda’s Makerere University has accorded the retired Kenyan President Mwai Kibaki the ultimate accolade by naming Library after him in a ceremony that saw regional elites urged to back regional integration.

The mega project, expected to cost US$ 50 million and named in the honour of the former President will host the Mwai Kibaki Endowed Chair in Economics and the East African Mwai Kibaki Centre for Leadership, Public Finance and Policy.

Speaking at the ground breaking ceremony on the project, Mr Kibaki said the region’s intellectuals are well placed to play an integral role in building a wealthier, safer and more united East African Community (EAC).

“Once sufficiently motivated and accorded a forum, our intellectuals will, no doubt, play an enormous role in building a wealthier, safer and more united East African Community,” said the retired President.

“In my view, what is lacking is deliberate, driven and downright dutifulness of our intellectuals to invest imagination and ideas in the process of remaking the East African Community,” he said.

In this regard, the former Head of State noted that institutions of higher learning have the capacity to provide the forum for intellectuals’ engagement.
Kibaki challenged the Inter-University Council for East Africa to forge ways of developing and segregating the region’s intellectual capital.

“Perhaps, the Inter-University Council for East Africa, itself, an instrument of the East African Community, can assist in creating a reservoir of our region’s intellectual capital,” Mr. Kibaki said.

Adding that the Universities are abodes of excellence in which ideas are part of the means of creating possibilities for prosperity, the retired President said that shared circumstances and common challenges in the region require a common approach that only a properly integrated EAC can withstand.

“Indeed, our shared circumstances and our common challenges call for a common approach that only a properly integrated East African Community can withstand,” he noted.

The former Head of State who is an alumnus of Makerere University noted that the institution alone boasts an amazing 500,000 surviving alumni mainly from East and Central Africa.

Mr. Kibaki said if systematically harnessed to a cause committed to the common good in favour of target populations and humanity, resulting intellectual capital can inspire tremendous transformation across the region.

He added that the intellectuals are best placed to demonstrate that it is not the amount of resources that matters but how well available resources are put into use.

“Our intellectuals are best placed to make the populace understand that it is not how huge your resources are, that matters. Rather, it is how you deploy and convert resources into capital through production that ultimately counts,” the retired President maintained.

He further argued that “It is in structured interaction among intellectuals and those who would benefit most from their capital that progressive social narratives can emerge.”

In particular, Kibaki identified institutional failure and under-investment as the two key reasons that contributed to the past failures of East Africa’s integration.
Mr. Kibaki noted that to transform the fortunes as a region and engage the intellectual resources profitably it was prudent to rethink policy making where the process should not be left to few government officials.

The Former Head of State said: “To transform our fortunes as a region and engage our intellectual resources profitably it is prudent to rethink our approach to policy making. The process of making policy cannot be an undertaking patronised by a select few within corridors of government.”

Speaking during the occasion that also saw the former President installed as the first person to be installed on the Endowed Chair in Economic in the institution, Makerere University Chancellor Prof Mondo Kagonyera paid glowing tribute to the support Kibaki has extended to Makerere thus far. Kagonyera thanked Kibaki for accepting to be associated with the Presidential Library.

Makerere Chancellor said that Kibaki’s acquiescence would go a long way in immortalizing the former President’s contribution in his 50 year period of public service not only to Kenya but in the region.

In his part, Makerere University Council Chairman Eng. Dr Charles Wana-Etyem stressed that the MwaiKibaki Presidential Library will significantly transform the institution through providing the required leadership in the region.