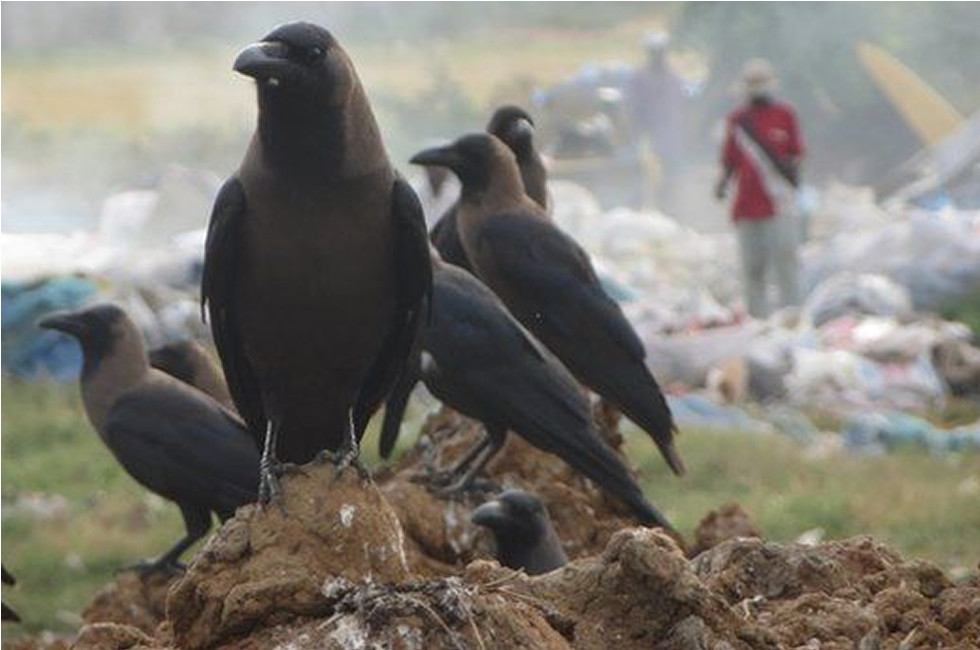 MOMBASA , KENYA – The crows are a common sight wherever rubbish is dumped
The Indian house crow, described by scientists as an invasive pest, is living up to expectations in the Kenyan coastal city of Mombasa, grabbing food off tourists’ plates and bullying other bird species out of town.

The crows are not indigenous to East Africa but there are lots of them in Mombasa.
When you look at the skies here, you will rarely see any other bird apart from the black and grey house crows.

As their full name suggests, their original home is India, but they often migrate, sometimes by stowing away on ships.

In East Africa though, researchers say they were introduced intentionally around 1890 in order to control rubbish.

In 1947 the house crow reached Kenya and since then its numbers have exploded, thanks to the growing human population and the accompanying mounds of garbage, which provide the birds’ main source of food.

Years of poor rubbish management in Mombasa have meant dumping sites punctuate the landscape of residential areas. Crows are everywhere. Unfortunately however, the crows do not eat just rubbish or leftovers – they also have a nose for delicacies.

They have become such a nuisance in eating places that some hotels have hired people specifically to chase crows away from diners.