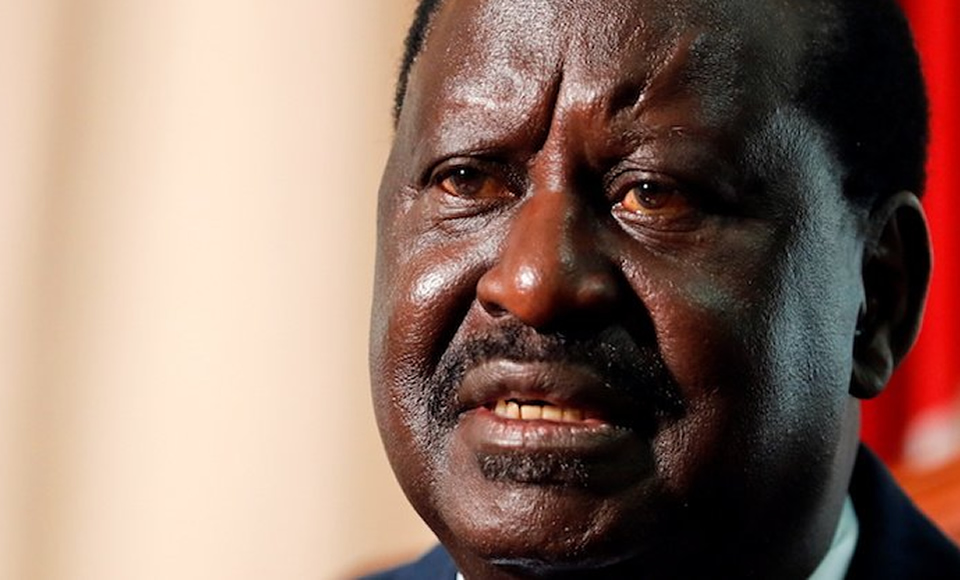 Kenya– In his book The Flame of Freedom, Raila Odinga makes clear his mistrust of Ugandan President Yoweri Museveni.

The Ugandan leader had offered to mediate between Mr Odinga and former President Mwai Kibaki in the crisis that followed the controversial 2007 presidential election.

In the book, Mr Odinga says he thought President Museveni could not be trusted to be a neutral arbiter.

President Museveni flew to Kenya at the height of the post-election violence to broker peace, but Mr Odinga was opposed to his involvement in the process.

Rejected by Mr Odinga, the Ugandan leader was forced to return to Kampala even as Kenya burned.

“He (Museveni) had come on his own, but we thought he was conspiring with Kibaki. He had called me prior to leaving Uganda and told me Kibaki had said he could come, asking me if I had any objection, to which I said no,” wrote Mr Odinga.

“But I thought his role was to scuttle the mediation process. He wanted instead a judicial commission of inquiry, with Commonwealth judges Kibaki would appoint and who would scrutinise the ballot papers,” he continued.

“I told the team it was my view we should refuse any re-tallying exercise and also that Museveni could definitely not be part of the solution.”

However, in response, President Museveni denied taking sides in the dispute, saying he was only trying to help resolve a conflict that had affected the flow of goods into his country and led to the killing of hundreds of Kenyans.

The intervention of the Western-backed Kofi Annan resulted in power-sharing deal between Mr Kibaki and Mr Odinga which saw the ODM leader assume the post of prime minister.

President Museveni would attend the swearing-in ceremony at which he “forgot” some of Mr Odinga’s names.

Yet it was President Museveni who helped Mr Odinga flee Kenya to Norway at the height of the brutal crackdown of democracy advocates by President Moi’s Kanu regime.

Before the 2013 General Election, the Observer of London ran reports suggesting that President Museveni strongly favoured the election of Jubilee’s Uhuru Kenyatta to State House over Odinga.

One of the arguments was that Kampala viewed Raila as an extremely ambitious and fearless politician who could threaten President Museveni’s stature in the region.

Museveni has never disguised his desire to be treated as the leader of eastern Africa.

Mr Odinga, too, has been out to paint himself as the foremost champion of political reforms in East Africa and a pan-Africanist whose stature stretches beyond physical boundaries. But Kampala does not assign him such profile.

Reacting to comments by Raila on two occasions, Museveni’s spokesman Tamale Mirundi has sought to make it clear that the Cord leader is a private citizen and that his views are personal.

Such was the response when Mr Odinga criticised President Museveni’s stance on the International Criminal Court (ICC).

At celebrations marking Kenya’s 50 years of independence, President Museveni congratulated Kenyans for the second time for rejecting “blackmail” by the West to elect the ICC-indicted Kenyatta to the presidency.

ODM supporters interpreted the remarks as a jibe at Mr Odinga who supports efforts by the Hague-based court to seek justice for victims of the post-election violence.

During the election campaign, the Jubilee coalition portrayed the ICC as a tool to lock Mr Kenyatta and his deputy William Ruto out of the State House race in favour of Mr Odinga.

Following Museveni’s comments, Mr Odinga asked the Ugandan leader to restrain himself and stop interfering with Kenyan matters. Kampala swiftly told him off.

“Raila Odinga is not the Government of Kenya and is free to express his views as a citizen of Kenya just as Museveni is also free to comment about Kenyan affairs as an East African,” Mr Mirundi said.

“What’s wrong with Museveni urging Kenyans to come together and resist foreign interference? He is not telling them to support a particular political camp. The President does not meddle in the affairs of other nations unless the situation warrants his intervention,” he added.

A communications scholar at the University of Nairobi, Dr Dismas Mokua, says there’s no love lost between the two leaders.

“Museveni’s view of Mr Odinga is that he is just a senior citizen of the country, hence his irrelevance in commenting on issues affecting the region,” reckoned Dr Mokua.

“Mr Odinga also perceives President Museveni as a reserved leader who slithers in whenever he sees an opportunity to maximise on hence his desire to always tackle him head-on,” said Dr Mokua.