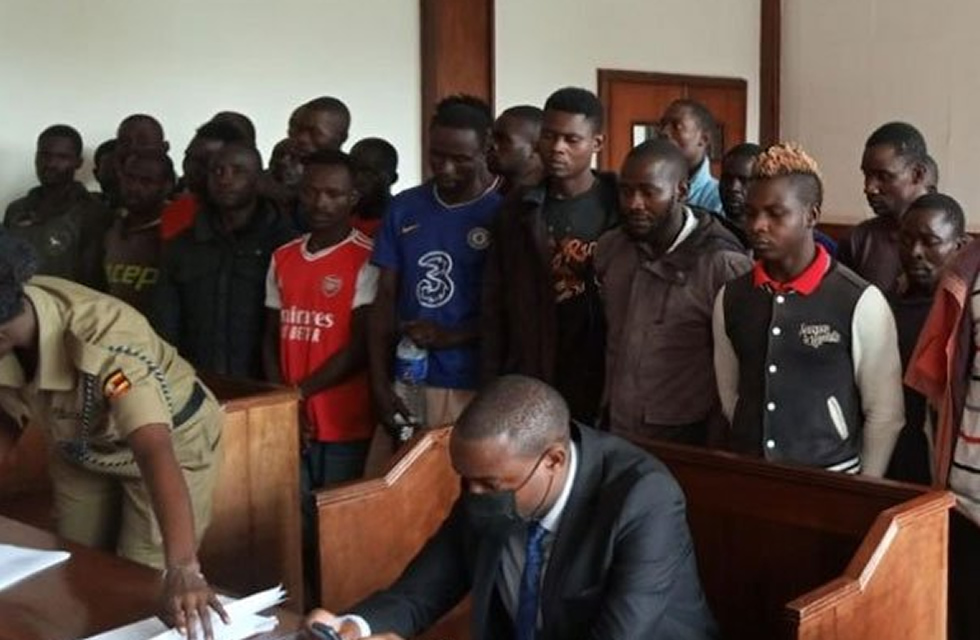 The Standards, Utilities, and Wildlife Court in Kampala has fined 40 Kenyan fishermen sh700,000 (Ksh22,113) each for fishing on the Ugandan side of Lake Victoria without a valid license.

The fishermen were arrested in July and when appeared in court, they all pleaded guilty to charges of possession of prohibited fishing nets and fishing without license.

Court heard that the 40 Kenyans on July 29 2022 between 2 pm and 6 pm on the waters of Lake Victoria in Namayingo District were found fishing without a valid license issued by the Chief Fisheries Officer for Purposes of Sale. And also heard that on the same day, they were carrying out fishing using mosquito nets to carry out their illegal acts of fishing.

The Buganda Road Chief Magistrate, Ms Gladys Kamasanyu, at Standards, Utilities and Wildlife court sitting at Buganda Road while sentencing the 40 men, ruled that illegal fishing activities are very rampant and must be curbed to conserve fish for the good of the people of Uganda, the tourists and the future generation.

After they pleaded guilty, prosecutors led by Allan Mucunguzi asked the court to hand them a deterrent and custodial sentence arguing that many Kenyans have come onto the Ugandan waters on Lake Victoria and continued to use mosquito nets which are not authorized to do fishing, to carry out their illegal activities.

Appearing before court on Thursday, the Chief Magistrate Gladys Kamasanyu asked Kenyan citizens who did not have lawyers, each to say something in relation to the punishment.

Majority of the convicts told the court that they are struggling to earn a living, and have families and children to look after. They were apologetic and promised not to repeat the offense.

The fishermen explained that once released, they will acquire licenses. They pleaded to the court to order the government to return their confiscated materials which include 10 boats and their engines because it’s their source of income.

Ms Kamasanyu further explained that the convicts deserved a punishment that would deter other would-be offenders from carrying out illegal fishing activities.

The magistrate sentenced each of the convicts to pay a fine of 500,000 shillings for the charge of using unauthorized nets, and 200, 000 shillings for fishing without a valid license or face a jail term of one year.

She said that their actions deprived the country of revenue and leads to the depletion of fish.