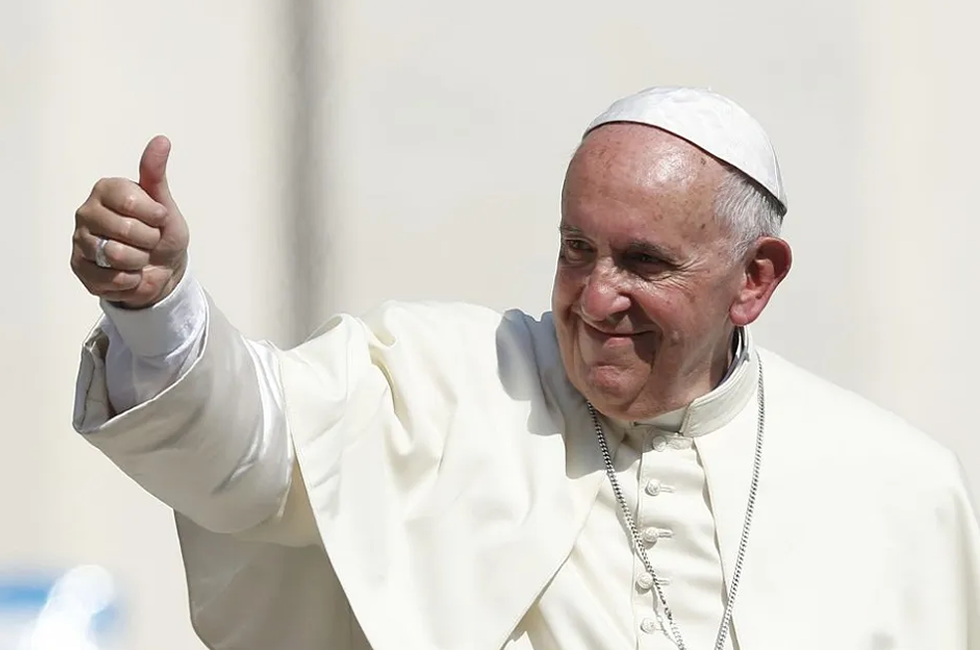 Pope Francis heads to Africa for the first time on Wednesday on a trip aimed at pushing the key themes of his papacy but also fraught with security concerns.

The 78-year-old will use his 11th overseas trip since taking office in 2013 to deliver a total of 19 speeches on peace, social justice, environmental protection and interfaith dialogue in Kenya, Uganda and the Central African Republic (CAR).

On the streets of the Kenyan capital Nairobi, where Francis is due to arrive around 5:00 pm (1400 GMT), huge billboards have been erected to welcome the pontiff.

Vast crowds are expected to turn out to see his motorcade.

Predictions that the final leg of the trip, to the conflict-wracked CAR, would inevitably be postponed have so far proved wide of the mark, despite warnings from French peacekeepers there that they cannot guarantee his security.

Vatican officials say a last-minute change of programme will only happen if Francis is made aware of a precise threat that could endanger the thousands of believers expected to come and see him, many of whom will be travelling long distances from neighbouring countries.

The pope is due to be welcomed in Kenya by President Uhuru Kenyatta. In a speech at the presidential residence State House he is expected to address questions of corruption and the gulf between rich and poor, both issues of particular concern for Kenya.

– Opening ‘Holy Door’ -Francis is scheduled to use an open-topped popemobile regularly during a trip that will take in a Kenyan shanty town and a refugee camp and mosque in the CAR at a time when security concerns have been raised to red alert levels following jihadist attacks in Paris, Beirut, Egypt and Mali.

Aides say he is determined that the sombre backdrop will not affect his plans, particularly for the CAR part of the trip, where he is due to open a “Holy Door” in Bangui’s cathedral 10 days before the start of a Catholic Jubilee Year dedicated to the themes of forgiveness and reconciliation.

The opening of the door in Bangui will provide a powerful symbol of Francis’s concern for those on the fringes of the Catholic community and his desire to create a “poor Church for the poor,” according to Vatican experts.

But there is no guarantee it will happen. CAR’s acting president Catherine Samba Panza may opt to play it safe and cut the visit to a few hours in Bangui airport, the one area the French military say they can be fairly sure of protecting the leader of the world’s 1.2 billion Catholics.

That would mean scrapping the visit to a camp for people displaced by the CAR’s sectarian conflict, a stop to pray at a mosque in Bangui’s notoriously dangerous PK5 neighbourhood and a stadium mass.

Given the potential for thousands of pilgrims to be disappointed, Francis is said to be stubbornly resisting any curtailment of his schedule but ultimately it is his security advisers who will decide.

– Fierce environmentalist -Francis is the third pope to visit Africa, a continent which now produces one in six of the world’s Catholics and whose importance to the Church is set to grow significantly over the coming decades.

He is following in the footsteps of Paul VI, who became the first pope of modern times to set foot in Africa when he visited Uganda in 1964.

He was followed by John Paul II, who managed to visit a total of 42 countries on the continent during his long papacy and was dubbed “The African” by a Senegalese cardinal.

With international climate change talks in Paris coming up immediately after the African trip, there will be particular interest in Francis’s comments when he visits the Nairobi headquarters of the UN’s Environment Programme (UNEP) and Human Settlements Programme (UN-Habitat).

Francis is a fierce environmentalist and is unlikely to temper his words when discussing global warming and the exploitation of the Earth for profit, tightening the screws on the world’s political leaders before crunch time at the talks, which begin on November 30.

In Uganda, he will honour Christian martyrs persecuted for religious, cultural, political or sexual motives, celebrating a mass to commemorate the first African saints — 22 young men burned alive in 1886 by royal order because they refused to renounce their faith or become sexual slaves.