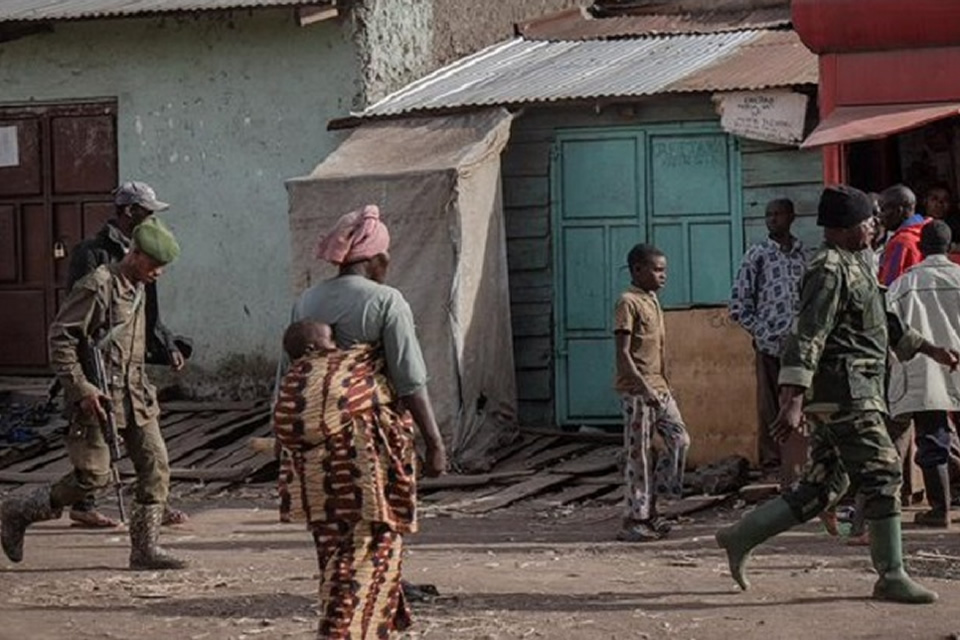 The Democratic Republic of Congo( (DRC) has come out to accuse Rwanda over supporting the alleged attacks of the M23 rebel activities happening at Bunagana town.

Authorities from the Democratic Republic of Congo have focused their accusations on the Rwanda’s influences into the rebel activities that have ensured the great influx of Congolese into the Uganda’s border of Bunagana Town close to Kisoro district southwestern Uganda.

Depending on the reports from Sylvain Ekenge, the spokesperson for the military governor of DR Congo’s northeastern North Kivu Province where the fighting is happening, the provincial government is accusing the Rwanda army for “violating our frontier intangibility and territorial integrity by occupying Bunagana on Monday at around 7.am.”

For the last accusations, Rwanda hasn’t yet issued any statement on the matters, but Rwanda Defense Forces (RDF) said in the statement that the defense and security of Rwandan population, and Rwanda territorial integrity, is assured.

However, Rwanda has come out to deny the first charges and instead accused the Congolese Army for allying with Rwanda rebels of the Democratic Forces for the Liberation of Rwanda (FDLR) operating in eastern DRC, whose operations are blamed on the 1994 genocide of the Tutsi in Rwanda.

Now hundreds of Congolese nationals are flooding to Uganda’s border at Bunagana.

The provincial statement comes hours after the M23 claimed to have occupied Bunagana, a key transit point for goods on the Ugandan border, which had fallen in the hands of the rebels in 2013.

In a statement published earlier, Major Willy Ngoma, spokesman for the M23, stressed that the capture of this city on the border with Uganda is not a premeditated act by the organization.

“Faced with the deliberate and repeated harassment suffered by our troops on the part of this negative coalition with the use of long-range cannons fired from Bunagana, terrorizing the civilian population and forcing thousands of inhabitants of this region, we have decided to take control of the city of Bunagana to silence the said threat and thus encourage the population to return to their homes,” reads the statement.

On the same occasion, the M23, which reaffirms its commitment to pursue the search for a response to its demands by peaceful means, calls on Congolese President Felix Tshisekedi to seize the opportunity to put an end to the violence and to open the direct negotiations.

However, General Sylvain Ekenge, on behalf of North Kivu’s military government, pointed the finger at Rwanda, which has been accused of supporting the M23 rebels.

“After seeing huge setbacks suffered by their proteges on the pitch, the Rwanda Defense Forces have, this time and in the open, decided to violate the intangibility of our border and the integrity of our territory by occupying the border town of Bunagana this Monday”, said the spokesman, accusing the Rwandan army of “neither more nor less an invasion”.

Stemming from a former Congolese rebellion, the M23, created in April 2012, quickly gained international notoriety when it occupied the city of Goma, capital of North Kivu, for ten days in November 2012. This occupation followed eight months of intense fighting in Rutshuru territory. Although the rebels withdrew from Goma after coming under heavy international pressure, they continued to control key strategic sites, such as the border town of Bunagana.

After its defeat by the army in 2013, the M23 signed a peace accord with the government in December 2013, in which it agreed to demobilize its fighters and transform itself into a political party. However, under the leadership of Commander Sultani Makenga, parts of the group returned to the DRC at the end of 2016, accusing the Kinshasa authorities of not having respected commitments on the demobilization of its combatants.