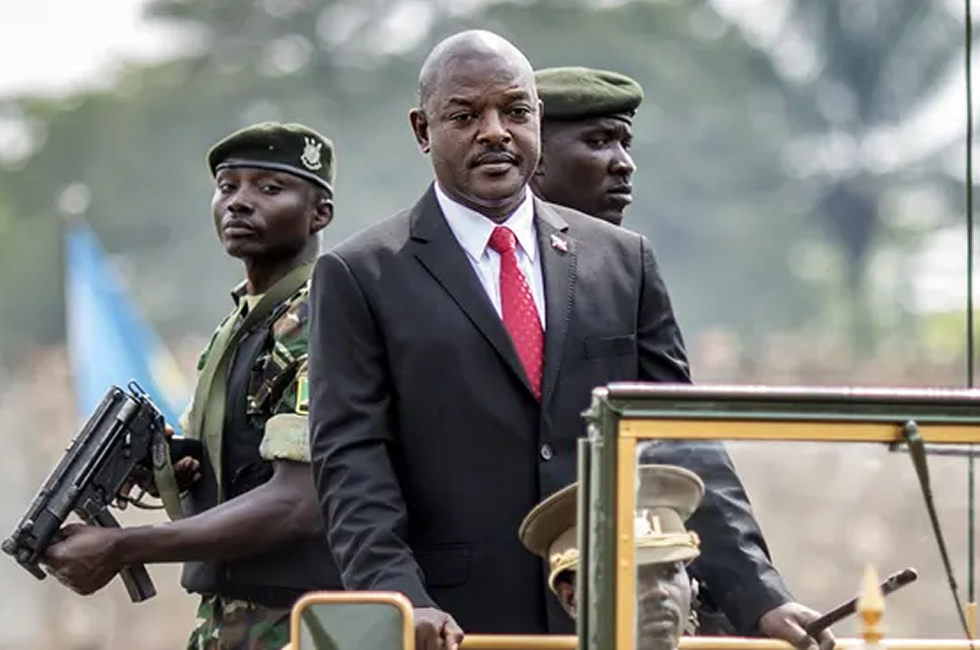 Sworn on Thursday after winning a first-round victory for that third term, Nkurunziza has shrugged off opposition criticism and international condemnation to take another five years in power.

Mr Nkurunziza took the “oath for a new term of five years”, the presidency said in a statement, in a surprise ceremony on Thursday, announced only a few hours in advance.

In his oath, he swore loyalty to the constitution and “to dedicate all my forces to the defence of the best interests of the nation, to assure national unity and the cohesion of the Burundian people, social peace and justice”.

Violent clashes between protesters and security forces erupted in April after 51-year-old Nkurunziza, from Burundi’s majority Hutu ethnic group, announced he would stand for a third consecutive term — something his opponents said was a violation of the constitution and the peace deal that ended Burundi’s civil war in 2006.

Those who know the former guerrilla fighter who battled for years in the bush and believes he took power with divine backing, said he was determined to hold onto his seat in the presidential palace.

“Nkurunziza has an instinct for survival, his determination to hold onto power is very high,” said Innocent Muhozi, from the press rights group, Observatoire de la Presse du Burundi (OPB).

Presidential press chief Willy Nyamitwe has described Nkurunziza, whose football club is called Hallelujah FC, as being “close to the people”.

In a typical busy week he is up early for an hour of swimming before arriving at his office by 6:30 am to tackle the business of state, before leaving mid-afternoon for a game of football or basketball at a private property on the shores of Lake Tanganyika.

On other days he meets with ordinary Burundians, Nyamitwe said, who praised a leader who “built more schools than all his predecessors in 45 years of independence” from Belgium.

More than 5,000 schools have been built, as well as 10 sports stadiums — the most lavish of which is located in his rural homeland of Buye, and reserved for his exclusive use.

“He spends his time… building schools, plastering cement or mud, playing football or praying, and does not have time to deal with issues,” countered a leading critic, Leonce Ngendakumana.