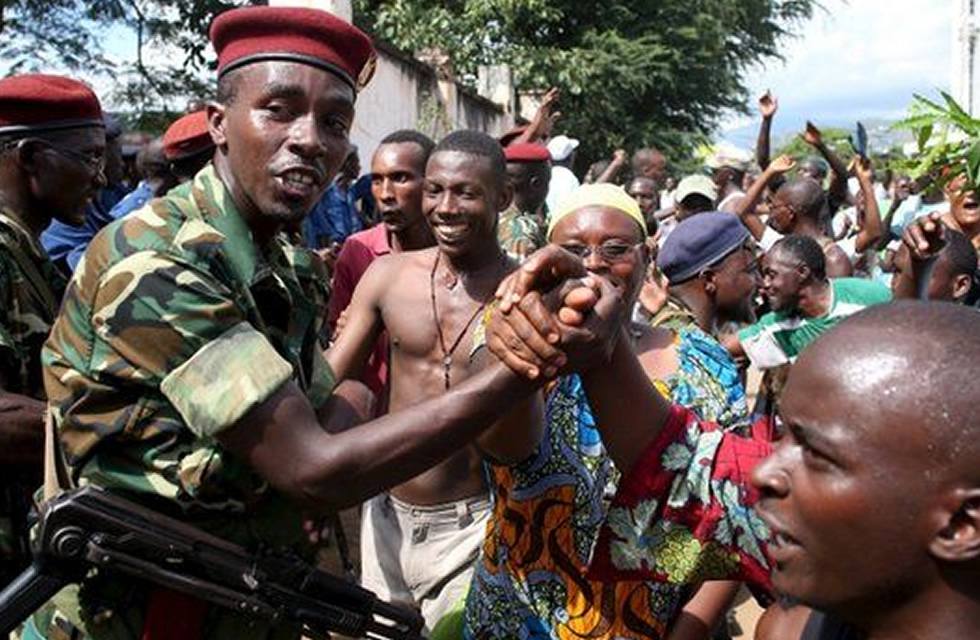 A top Burundian general has announced the overthrow of president Pierre Nkurunziza, following weeks of violent protests against the president’s bid to stand for a third term.
The radio broadcast by General Godefroid Niyombare — who was sacked from his position as the central African nation’s powerful chief of intelligence in February — came hours after Mr Nkurunziza arrived in neighbouring Tanzania for talks to end the crisis.

General Niyombare said on Wednesday he was working with civil society groups, religious leaders and politicians to form a transitional government.

Before his radio broadcast, General Niyombare made his declaration to reporters at a military barracks in the capital Bujumbura. There he was surrounded by several other senior officers in the army and police, including a former defence minister, when he made the declaration, Reuters reported.

“We consider it as a joke not as a military coup,” presidential aide Willy Niyamitwe said.

A tweet was also sent out from the presidential account saying the coup had “failed”.
“The situation is under control, there is no coup in Burundi,” the message read.
Coup leader says he’s committed to democratic process.

General Niyombare — also a former ambassador to Kenya — said he was committed to the democratic process and would work with others towards holding elections.

General Niyombare said president Nkurunziza had violated the constitution by seeking a third term, in a statement to reporters at a military barracks.
Crowds poured onto the streets of Burundi’s capital on Wednesday to celebrate the news, a Reuters witness said.

The people sang and cheered. Just hours earlier, demonstrators had been protesting on the same roads against the president’s bid for another five years in office.
Soldiers surrounded the state broadcaster building and fired warning shots at protesters, AFP reported.

A Burundi ex-pat living in Australia, who asked not to be named, told the ABC the announcement did not come as a surprise. “This is not a surprise, it is not the best solution, it is really a shame that the country has to go back to this type of rule,” he said.

“But people seem to be relieved, those that I have been speaking to seem to be relieved.
“[A] friend I spoke to just then said that everyone is celebrating, they’re crying with joy.”
Late last week, Burundi’s government ordered demonstrations against Mr Nkurunziza to end and ordered all barricades to be removed.

Critics of Mr Nkurunziza’s bid for another five years in office say it violates a two-term limit in the constitution and the Arusha peace deal, which ended an ethnically fuelled civil war in 2005 that killed 300,000 people.

More than 20 people have been killed since street protests erupted in the impoverished central African state more than two weeks ago, according to an unofficial count by activists.
South Africa said it was monitoring the situation closely but said it was too early to determine whether the move amounted to a coup, the foreign ministry said.

Burundi’s former colonial ruler Belgium had no immediate comment on the statement from the general.

Nkurunziza Sworn for Another 5 Year Term