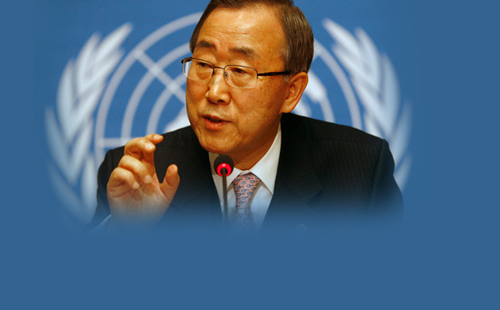 UN Secretary General Ban Ki-Moon has condemned messages of hatred and ideas based on racism as the world celebrates the International day for Elimination of Racial Discrimination.

This year’s theme is “The Role of Leaders in Combating Racism and Racial Discrimination”.

It was chosen by the Office of the UN High Commissioner for Human Rights.

Nations all over the world have gathered to condemn racism and underline the key role that political leaders and political parties play in mobilising political will to combat racism and racial discrimination.

Ban Ki-Moon has called for promotion of greater respect and trust among different groups within society.

“I call on all people, especially political, civic and religious leaders, to strongly condemn messages and ideas based on racism, racial superiority or hatred as well as those that incite racism, racial discrimination, xenophobia and related intolerance,” Ban said.

The UN emphasizes that trust among different groups within society must be a shared but differentiated responsibility of government institutions, political leaders, grassroots organizations and citizens.

The International Day for the Elimination of Racial Discrimination is observed annually on 21 March. On that day, in 1960, police opened fire and killed 69 people at a peaceful demonstration in Sharpeville, South Africa, against the apartheid “pass laws”. Proclaiming the Day in 1966, the General Assembly called on the international community to redouble its efforts to eliminate all forms of racial discrimination.

In 1979, the General Assembly adopted a Programme of activities to be undertaken during the second half of the Decade for Action to Combat Racism and Racial Discrimination.

On that occasion, the General Assembly decided that a week of solidarity with the peoples struggling against racism and racial discrimination, beginning on 21 March, would be organized annually in all States.

Since then, the apartheid system in South Africa has been dismantled. Racist laws and practices have been abolished in many countries, and we have built an international framework for fighting racism, guided by the International Convention on the Elimination of Racial Discrimination.