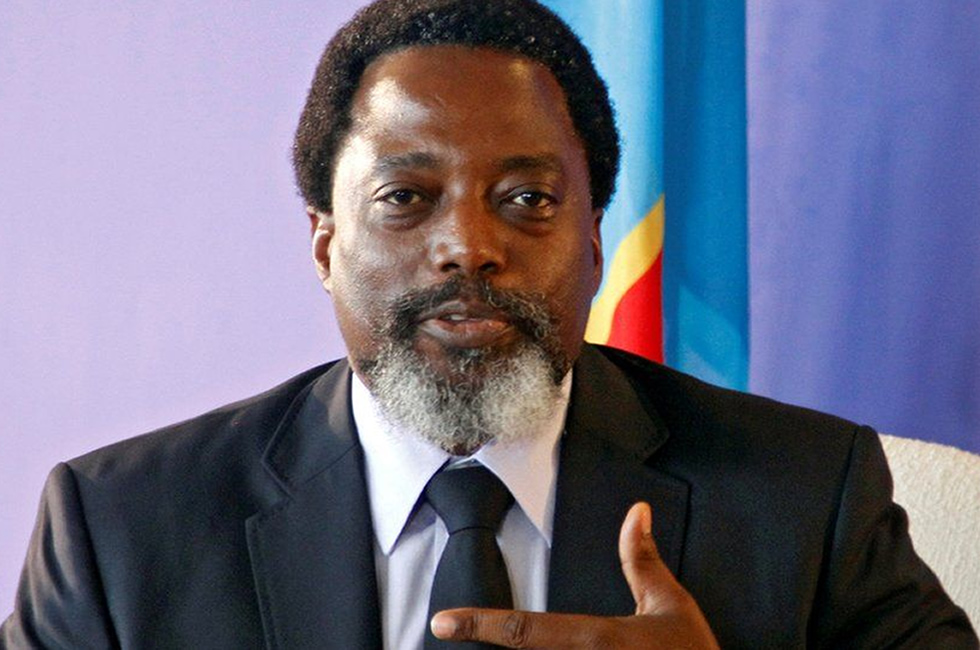 President Joseph Kabila Kabange has taken over the leadership of the COMESA and outlined his vision for the regional economic bloc key among them being to entrench regional integration, enhance self- sustainability and encourage implementation of policy decisions among member States.

In his acceptance speech during the 17th Heads of Summit in Kinshasa, President Kabila said during his tenure, COMESA programmes will be accorded full support in order to speedily move towards achieving full integration.

“As a regional bloc, we are a united group in our external trade relations, speaking with one strong voice, a voice much stronger than the voice of any one single Member State dealing with the giants out there”, the Kabila said.

President Kabila took over from President Museveni of Uganda as the Chairman of the COMESA Authority which comprises the Heads of State. He appealed to his counterparts to agree on a sustainable mechanism for funding COMESA regional integration programmes.
“Our colleagues the Heads of State of ECOWAS, have agreed on a community levy of 1.5% of the customs duty, and this raises over $630 million per year for financing the ECOWAS integration programs.” Kabila said. He noted that most of the funds for COMESA came from donors a situation that was not sustainable.

On implementation of policy decisions, the President noted that there was a backlog of integration measures covering a wide range of areas critical to economic stability and development in the region which needed to be implemented. These are mainly decisions taken by the Council of Ministers of the COMESA Member States.

“We need to move forward with courage and implement the Customs Union and the Common Market, which are due now. I appeal to you all to be bold and frank in forging ahead with the COMESA integration agenda, because we stand to gain a lot for our people and our region,” said the President.

President Museveni who has been at the helm of the largest economic bloc in Africa since November 2012 emphasized the need for infrastructure development to drive the regional integration agenda and development. According to World Bank estimates, Africa needs US$ 93 billion every year to cover the funding gaps for infrastructure.

“We must get new ways of funding this deficit,” President. Museveni said. “First of all, we should ourselves exercise frugality and save money for infrastructure.”
He said apart from internal savings, other forms of funds mobilization should be considered such as using bonds and coupling self-financing projects with the ones that have got longer gestation periods in terms of infrastructure.

In an effort to raise infrastructure funds, a high level infrastructure conference took place in Uganda in September 2013 which showcased projects at the member state and regional level that were ready for financing in order to attract potential funding.
Among the Heads of State at the Summit were Presidents Robert Mugabe (Zimbabwe), Michael Chilufya Sata (Zambia), Joyce Banda (Malawi) Omar Bashir (Sudan) and Ismaïl Omar Guelleh of Djibouti. Vice Presidents, Prime Ministers and Ministers represented the other Member States.

Implementation of the provisions of the COMESA treaty and council of ministers decisions should be the new focus for members states if the regional block hopes to achieve the goal of a establishing a common market.

Minister for Foreign Affairs of the DR Congo Raymond Tshibanda says over the years, COMESA has come up with excellent decisions capable of achieving the vision of regional integration. This, according to him needs to be matched with equal zeal when it comes to implementation.

Speaking when he officially opened the 32nd Meeting of the Council of Ministers, he said member States should start by meeting their financial obligations to finance the programmes they have approved. “While foreign funding by cooperating partners was crucial in support of program implementation, too much dependency was not good as it is not sustainable in the long run,” the minister said.

The Minister who now becomes the new chair of the Bureau of the Council said the benefits that member states derived from COMESA membership outweighs those derived from other regional economic communities. This is a result of successful mobilization of funds for programme support.

Outgoing chairperson Amelia Kyambadde said that lack of adequate infrastructure in transport, energy and communication and information technology (ICT) remains one of the most significant limitations to economic growth and development in the COMESA region.
In the energy sector, the total installed capacity for electric power in the 19 COMESA countries is about 55,800 Megawatts. This contrasts with to a total of 124,000 for France and over 1,000,000 megawatts for the United States of America (USA).
This translates to high energy costs which are a major impediment to the expansion of the manufacturing sector in COMESA region.

She observed that for every three rural Africans, only one of them dwells within two kilometers of an all-season road.
“This has condemned millions of our brothers and sisters to remain trapped in subsistence agriculture because they are unable to reach urban markets,” said the Minister.
The railway network is another sad story. With an area of approximately 12 million square kilometres, COMESA region has a network of 28,000 kilometres of an old colonial era. India with an area of about three million square kilometres has 63,000 kilometres of rail.
With regard to marine transport, Sub-Saharan Africa with about 23 ports have a total capacity of around 350 million tons of cargo. In comparison, the Port of Singapore alone handles about 470 million tons of cargo more than all the cargo handled by the Sub-Saharan African ports.

On Information Communication Technology, about 15.4% are estimated to be Internet users in the sub-Saharan Africa which is way below the world average of 35.6 per 100 people.
The minister describes these statistics as depressing and the solution is the mobilization of resources to close the infrastructure deficit in the region. Key initiatives have been taken such as the establishment of the COMESA Infrastructure Fund.

The Council of Ministers has approved the takeover of management of the Fund by the Bank in order to benefit from the expertise of the PTA Bank in resource mobilization and management. The Bank has already commenced on the mobilization of funding for projects valued at $US 6.6 billion.

Studies have also been conducted to inform the operational modalities to establish a regional infrastructure bond for Member States. According to Kyambadde, this will be one of the Special Purpose Vehicles to mobilize resources for the development of infrastructure in the region.